PredPol, the Leader in Predictive Policing, Announces New Board Members

The Board of Directors of PredPol Inc. today announced the appointments of former Governor Martin O’Malley and noted legal scholar Thomas Jorde to the company’s board of directors.

“We are delighted to bolster our management team with the experience and counsel that Governor O’Malley and Mr. Jorde bring us,” said Brian MacDonald, CEO. “We take pride in our ability to work with law enforcement to help make cities safer, while at the same time protecting the civil rights and privacy of the people our officers protect.”

Governor O’Malley, a pioneer in the use of data for better governing, served for eight years as Mayor of Baltimore. In City Hall, he implemented a program called CitiStat, a data-driven system that tracked how well Baltimore’s government was serving its citizens. During that time, his policies helped the people of Baltimore achieve the greatest crime reduction of America’s largest cities. He applied these lessons during his eight years as Governor of Maryland to implement StateStat, once again using data to monitor and manage state agencies against performance targets. In 2016 he ran as a Democratic candidate for President of the United States.

"There is no more important issue to the health and future of American cities than public safety. PredPol saves lives and I am honored to be apart of this proven technology.” — Governor O’Malley

Mr. Jorde is Professor of Law (Emeritus) at UC Berkeley. He is a founder, key benefactor and member of the board of directors of the Brennan Center for Justice at NYU. The Brennan Center Jorde Symposium, an annual event created to recognize top scholarly discourse and writing from a variety of perspectives, was named for him. Jorde clerked for Justice William J. Brennan Jr. of the U.S. Supreme Court before joining the Boalt Hall faculty. Jorde’s writings cover the fields of intellectual property, competition policy, and civil procedure. He is the coauthor of Antitrust, Innovation and Competitiveness (1991) and Intellectual Property in the New Technological Age (1997). 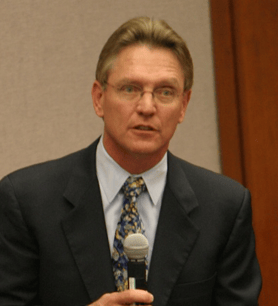 “I am proud to be a part of a company dedicated to helping police make their communities safer.  Predpol's dazzling technology is powerful and cost-efficient, while also sensitive to the rights of all citizens."  — Professor Jorde

PredPol is the world’s leader in predictive policing. Founded in 2012, it grew out of a joint research project between LAPD and researchers at several leading California universities. PredPol is unique in that it has published its algorithms online in peer-reviewed articles and uses no personally identifiable or demographic information to make its predictions. Police departments use PredPol every day to protect millions of citizens around the world.