The Cost of PredPol & How to Justify Your Purchase

Everyone wants to make sure their tax dollars are being spent wisely! But it’s usually hard to figure out the impact of that money on the problem it’s intended to solve. Sometimes it’s even harder to measure the return on a technology investment. But PredPol is a data-driven company, so we set out to see if we could measure that with one of our customers, and the results might surprise you.

Our customers use PredPol to manage their patrol operations and to help keep their cities safer. We decided to use the metric of crime reduction to see if this was a worthwhile investment. The customer we looked at is a medium-sized city in the Southern United States with a population a little under 300,000.

Within the first year of deployment, our customer saw some great results:

We took these crime reduction numbers and applied some well-researched metrics against them to see how much officer time was saved. The results were pretty impressive!

The savings represented by these crime reductions worked out to the equivalent of 16 full-time officers! That’s 16 people that the department doesn’t have to recruit, hire, train, and retain. Given the current problems that many departments are having recruiting and keeping officers, this was a big win for them.

The dollar savings represented by this drop in crime was also impressive. On an annualized basis, measuring purely in officer time saved, it worked out to over $1.7 million. With an initial investment of only $60,000, that worked out to a return on investment of 2,900%. That means for every $1 they spent, they received the equivalent in $29 in additional officer time.

Want to find out more about how they did this? Click on the image below to get a copy of our white paper! 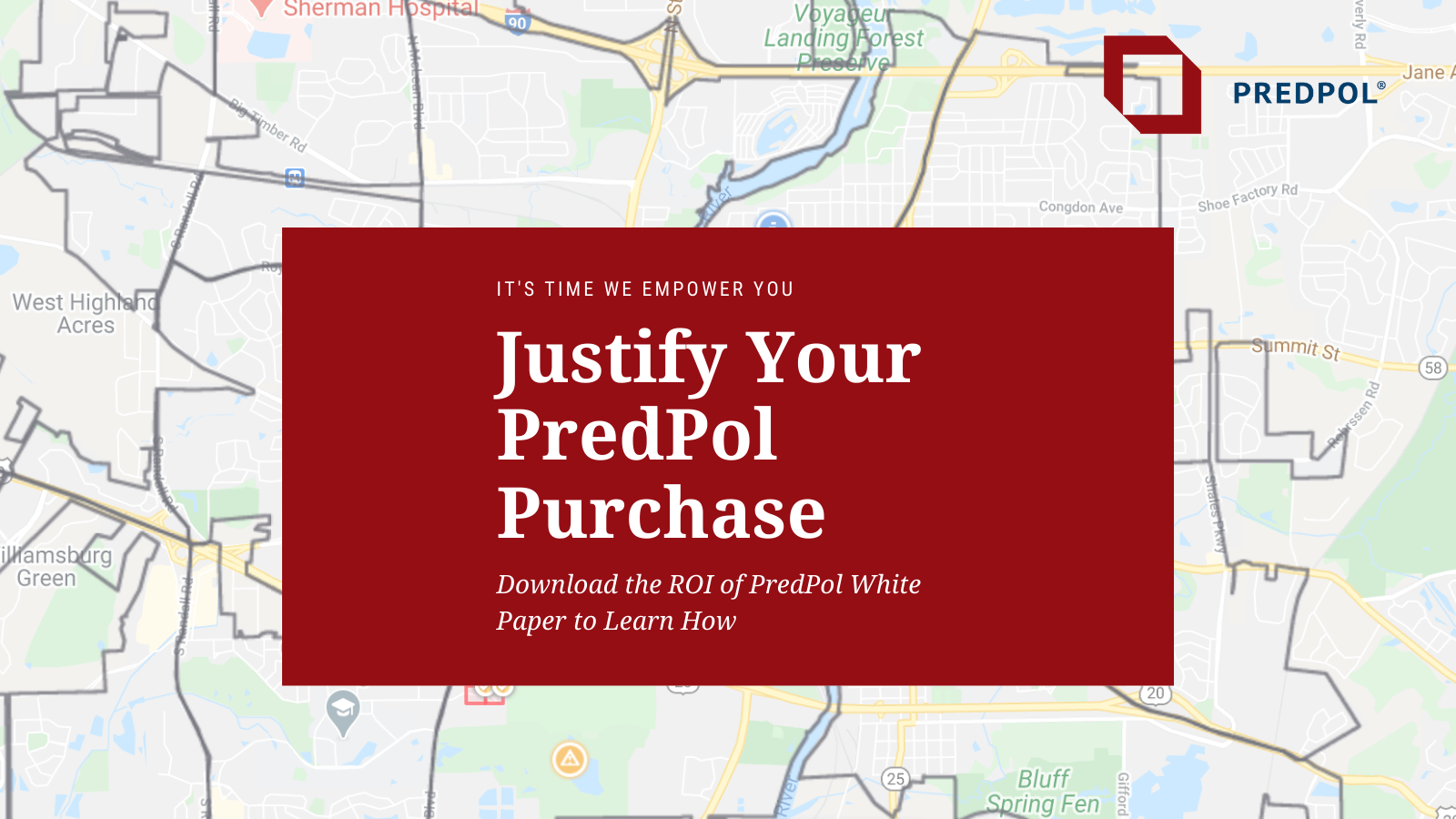